We found 1 Reddit mentions of Lost American Antiquities: A Hidden History - Silencing the Ancient Mound Builders. Here are the top ones. 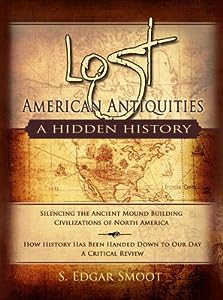 I am aware of mound building Native Americans all across the eastern United States.

I read about the DNA testing of individuals from Hopewell mounds. The mtDNA demonstrated that these ancient Native Americans shared close ties with Asia – especially, China, Korea, Japan, and Mongolia.

From what I understand, the connection between the existence of ancient burial mounds and the BOM is older than the BOM itself as many theorized that the mounds were places where the dead were heaped after great battles. The Spaulding Manuscript may support that theory as well.

Thus, it is no surprise that Mormons continue to believe there is a connection between fictional BOM people and actual Native groups.

This might be the book you heard discussed It takes a new Glen Beck type twist on Mormon apologetics. It tries to frame the scientific opinion on mound-building peoples as one big cover-up. The author even made a movie and got Glen Beck to promote it.

Or it might have been this book by a proponent of the idea that the Adena were the Jaredites and the Hopewell were the Nephites. A scientific idea so far from reality, his mother wouldn't believe it.

There are probably thousands of these types of books out there. Half-cocked ideas thought up to substantiate a theory which has been demonstrably disproved by the sciences. Those who write them reap the rewards of crowds of followers, continued employment, and smug self-satisfaction.