We found 1 Reddit mentions of One Good Fall. Here are the top ones. 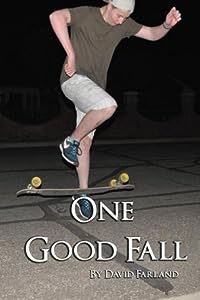 His grandson was in a bad longboarding accident 5 years ago, hospitalized and some nasty brain damage. He wrote it up in a kindle book if you wanna know more.

And he is writing the Last Runelords book, but hasn't said a release date yet.

In the last 5 years he's been splitting time between writing and teaching writing in recent years it seems. He contributed to Unfettered II, an anthology that Brandon Sanderson, Jim Butcher, and some others were in, he still judges the Writers of the Future contest, he wrote the middle-grade Ravenspell series, and edited an old caveman epic, the Serpent Catch series, and got it up on Kindle.

Oh, and he runs a blog on writing over at mystorydoctor.com, the place he sells workshops and editing services out of.

So no, he's not pumping out novels a la Brandon Sanderson, but he's around.