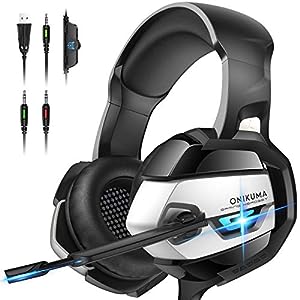 Onikuma has a pretty decent headset that's pretty cheap on Amazon. Pretty comfortable to wear, and to be honest, have lasted longer than my Corsair headset which crashed and burned pretty quickly.