Reddit mentions of Race Unmasked: Biology and Race in the Twentieth Century (Race, Inequality, and Health)

We found 1 Reddit mentions of Race Unmasked: Biology and Race in the Twentieth Century (Race, Inequality, and Health). Here are the top ones. 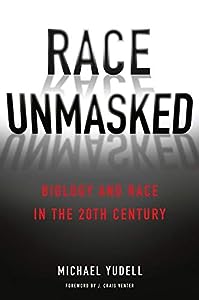 Found 1 comment on Race Unmasked: Biology and Race in the Twentieth Century (Race, Inequality, and Health):

I recently finished Ibram Kendi's Stamped from the Beginning, which I recommend both as an excellent book in general, and because towards the end he addresses topics like racial intelligence, and even addresses the controversy around the book The Bell Curve. He's great, and contains a few footnotes that you can follow, one of which is in my Amazon wishlist, Race Unmasked by Michael Yudell. Currently reading Adam Cohen's Imbeciles, which talks about the eugenics movement in America, which is obviously related, although it's more focused on the legal logistics rather than the science and ideology (so far!). Sitting on the shelf is James Whitman's Hitler's American Model, which I'm looking forward to.

For a more fun and accessible take on the topic, ContraPoints is wonderful.

Disclaimer: I do not normally condone the presence of Learns^TM in this sub, but this seemed like a special case. We now return to our previously scheduled programming of philosophy memes.