We found 2 Reddit mentions of Squire’s Fundamentals of Radiology: Sixth Edition. Here are the top ones. 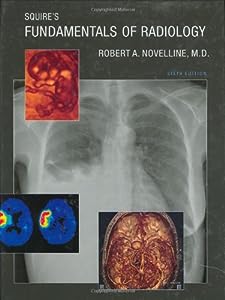 Realistically at the medical student level the most important study to be able to interpret is going to be a chest x-ray. So, if you’re looking for resources to go past the general anatomy and “approach to a chest x-ray” I would recommend Felson’s Principles of Chest Roentgenology.

It’s a ‘programmed text’ like Dubin’s for EKGs, and goes through pathology topic by topic, with lots of opportunity to practice interpretation and to see if you are right or wrong. It’s a relatively quick read and there are lots of practice cases at the end as well.

I stressed interpretation before because, sure you may have a test question about the difference between an epidural vs. subdural bleed, but it’s not like you are going to be interpreting CTs or MRIs.

Knowing the underlying anatomy and the differential for the pathology would probably be a better use of your time than going through any of the introductory texts like Learning Radiology: Recognizing the Basics or Squire’s Fundamentals of Radiology. (My point here being that you need to know what you are looking at if you are actually going to be able to make sense of a study.) If you were considering radiology, one might be nice to have as a reference, but again, I do not think actually trying to read through the whole thing would be a good use of time.

Without cases to practice with, a lot of that knowledge probably will not stick. Whenever you have the chance, trying to look at a film before reading the radiologist’s report to test yourself can be helpful, as is trying to actively correlate what you see on the film compared to the clinical exam.

After having a good knowledge of chest x-rays, your next most common scenarios that require interpretation would probably be emerg related - again chest x-rays will be super common, but others like abdo series, extremity skeletal trauma, cervical spine, etc. will be useful.

Having said that, there are online resources like “Introduction to Radiology” from the University of Virginia or Radiology Masterclass.