Reddit mentions of Symbiotic Planet: A New Look At Evolution

We found 2 Reddit mentions of Symbiotic Planet: A New Look At Evolution. Here are the top ones. 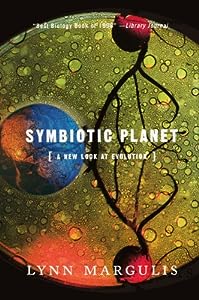 Found 2 comments on Symbiotic Planet: A New Look At Evolution:

I love this talk! The overall message reminds me of some concepts I've read in Lynn Margulis' work, particularly in the book [Symbiotic Planet] (http://www.amazon.com/Symbiotic-Planet-New-Look-Evolution/dp/0465072720). There's also a paper she co-authored, Proprioception: When the Environment Becomes the Body. She writes about Gaia Theory - viewing the Earth more literally as a living organism by any way we can define the word "alive". She also talks about proprioception: the way different parts of a body can feel one another and react to one another. As an example, touch your finger to your nose. How did you do that? Did you nose smell your finger's way? No, you knew the status of different parts due to proprioception, another major sense of a living body. Margulis talks about how Earth has similar senses that react to one another, such as the mechanisms that facilitate temperature regulation.

I see the human race advancing in Earth-wide proprioception, to the point where when people across the world are in pain, I immediately feel it - mainly via the internet (think: Arab Spring revolutions; human rights abuses in China or Syria). Every major advancement in technology has further strengthened our ability to feel what others feel at ever-greater distances: first books, then radio, telephones, television, and now the internet. It seems we are growing to understand and eventually replicate the all-encompassing information sharing/immediate feedback network of our planet. If we can cultivate this proprioception, we can advance enough to take responsibility for what we can do to help each other and the planet during our lifetime.