Reddit mentions of The Irresistible Revolution: Living as an Ordinary Radical

We found 13 Reddit mentions of The Irresistible Revolution: Living as an Ordinary Radical. Here are the top ones. 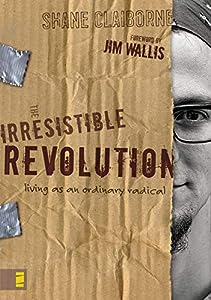 Found 13 comments on The Irresistible Revolution: Living as an Ordinary Radical:

First off, think of Minimalism as a tool. A tool can be used for good or bad. Example: A hammer can build a house or bash in someone's head. So yeah minimalism can be bad.

Secondly, You can only change yourself. You can encourage others by showing them the way you live makes you happier, makes life simpler and easier, but it's up to them to adopt that lifestyle too.

Thirdly, Imposing any belief or lifestyle on someone is a slippery slope. If you push your boyfriend too hard he may start to dislike you to the point of ending the relationship. Remember he has feeling too, just because you've learned quickly to live a certain way doesn't mean he will.

Example 1: My extended family tried for 20 years to get my packrat mom to realize her house is full of junk. Oddly enough the thing that convinced her was a book written by a guy in a simple living community I lived in while traveling. Nothing we said I've those 20 years changed her mind and actually it just made her come up with more reasons justify the junk. Finally an outside perspective worked. After about a year of decluttering, tons of bags donated, we can finally see progress in my parents house, but they've got a ton more to do.

Example 2: Lastly, when I started becoming a minimalist 9 years ago my friends thought I was crazy. I tried to argue why, but it didn't work. In the end I gave up on arguing and decided to show them why. A year later I had a couple friends, who originally thought I was crazy, now defending why I'm a minimalist, because they see how much happier I am.

Edit: Since 3 people asked me here's a link to the book I mentioned:
The Irresistible Revolution: Living as an Ordinary Radical

If you're interested, I found his book Irresistible Revolution to be a really interesting and entertaining read. He basically tells a series of stories about what life might look like if we took many of Jesus' sayings that are commonly ignored and put them into practice.

I have never had the pleasure of hearing him in person, but I have read The Irresistible Revolution which is a worthwhile read if you ever get the chance.

Well, two options come to mind. The first: If you are intent on having a Western standard-model house, occupation, family structure, etc., a few pointers:

Maybe you're in crisis with the version of Christianity presented to you. Maybe you need to rediscover it. When I was in a similar situation, The Irresistible Revolution: Living as an Ordinary Radical helped me a lot.

Faith and beliefs are different things.

Praying is not, necessarily, speaking with/to God. Just be at her presence, without talking.

These are the three books that have most drastically changed my life:

The Irresistible Revolution by Shane Claiborne

Finding God in the Waves by Mike McHargue

I recommend reading The Irresistible Revolution. He talks at length about their community there.

I would suggest reading this book

&gt;Choosing sides in the Israel and Palestine conflict.

I think the Christian side is for the weak and the powerless. For example, the Israeli families that have random rockets dropped onto their homes. And the Palestinian children who have had phosphorous dropped on their schools. I take sides with the victims of violence, not the perpetrators of violence.

&gt;Interactions with people of different cultures and/or race then your own.

Different cultures are a beautiful thing that should be experienced and enjoyed. That being said, we are all brothers and sisters. People in varying cultures are no more or less human than other people.'

&gt;Fighting over land, or land disputes (like Native Canadian's claims) when we all are suppose to be brothers and sisters.

I think Christians should be very much involved in these kinds of disputes, nonviolently fighting for the people who are downtrodden..

&gt;Countries, how they hem people in and do not allow for socialization and prohibit others from entering.

I think it sucks

Questioning your motives for believing in God is actually a very good thing. Don't be affald to do that.

My suggestion would be to discover a faith that you would want to live out no matter what happens when you die. A faith that is the reward in itself.

I don't think I have that kind of faith but I know someone who does and his book might be just what you need.

&gt; How have you, experienced minimalists, handled situations like this?

I've been a minimalist for 5 years and I've experienced the same.

Many of my friends just didn't get it, so they attacked the idea. I figured it's a typical response to attack what you don't know or understand. At first I talked a lot about it, but for most people that didn't help. However, over time they say I was happier, and that they couldn't argue with. After a while I just stopped arguing with them, or trying to explain it (unless they asked), but rather showed them my life being better for it.

They could still text me to invite me to events. I did miss a few events (no FB) and heard about them later. I just simply asked that they would text me about them next time. If they didn't, or felt that was too much to ask, then I didn't complain. I decided if I wasn't worth texting (or calling) about an event then I didn't want to go, because I wasn't wanted enough. Why spend time with people who don't want you. With that my friends shifted a bit and I ended up with less 'friends' but better relationships.

Now, I've been traveling for the past 2 years and my friends have shifted again. Many of the people who's events I missed I don't even talk to anymore. I have made new friends, again less 'friends' and stronger relationships with the real friends who stuck around and new friends I've made.

I never recall ever being unsupported by family. Though my parents have been packrats since I was born. I haven't seen them for much over the last two years, but I heard two month ago that my mom read a book I suggested and now is giving away a bunch of stuff every week to thrift stores, so that's a huge plus!

TL;DR I exchanged my big group of 'friends' for real friendships with a smaller group.

And the Irresistible Revolution by Shane Claiborne.

I've actually visited a place like this called The Simple Way in Philadelphia. It's pretty cool to see the work they do as a community of believers living together. There's actually a book about it if anyone cares called The Irresistible Revolution

you should consider giving up on 'religion'... i hate the term, and what it's become. I agree with your perception of 'religion' atleast from this perspective.

I consider myself christian, but don't believe in the pope at all. In fact, where I go to church... the pastors dress just like I do... jeans and a button up shirt. They're nothing special, they're just trying to point you towards the one who is 'special'.

try reading The Irresistible Revolution: Living as an Ordinary Radical