We found 1 Reddit mentions of The Making of a Confederate: Walter Lenoir's Civil War (New Narratives in American History). Here are the top ones. 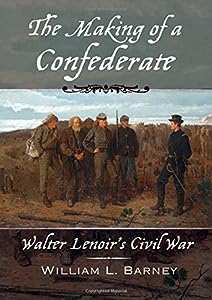 You might be interested in The Making of a Confederate: Walter Lenoir's Civil War. It's a biography about a Southerner who opposed secession and struggled with the morality of his own slave ownership. He was planning on moving to the North to finally rid himself of the burden. But when the war broke out, he saw the North's aggression as egregious, joined the Confederate Army and was seriously wounded in 1862. He lived however and devoted his life to the lost cause and always saw the war as a defense of his home and not one over slavery.

While I'm not sure how many people were like Lenoir, people of his opinion did exist.

Check out the book here