We found 1 Reddit mentions of Wittgensteinian Fideism?. Here are the top ones. 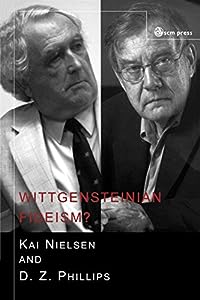 Yeah, D.Z. Phillips has some pretty interesting and influential Wittgensteinian views in philosophy of religion. He has a book with Kai Nielson called Wittgensteinian Fideism? that's quite good. Norman Malcolm and Peter Winch have also notably written some stuff on Wittgenstein and philosophy of religion, but I think it's less careful that Phillips' work. Also, William Alston has a great paper called "The Christian Language Game," which is a bit more traditional than the other stuff, but coming from a similar perspective.