Reddit reviews on Chicco Liteway Plus 2-in-1 Stroller, Silver

We found 2 Reddit mentions of Chicco Liteway Plus 2-in-1 Stroller, Silver. Here are the top ones. 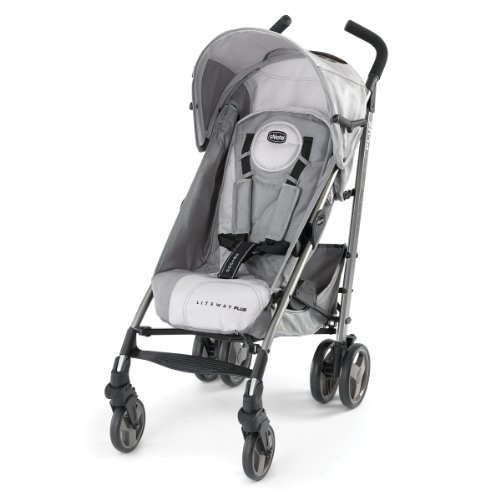 Found 2 comments on Chicco Liteway Plus 2-in-1 Stroller, Silver:

We got a Chicco Keyfit30. Amazon doesn't seem to have the combination exactly of what we got available anymore, but these are different color versions of our choices:

The convertible seat we got is a Chicco NextFit Zip. I chose that one because it was consistently rated at the top of lists, and the cover zips out for cleaning. This is the exact car seat we have.

If you have a tiny car (prius, etc.) these seats might not work well for you. The convertible one does have a variety of recline positions to choose from so you can sit your kid a little more upright to make more room (if they're able to sit up, don't do this if your kid doesn't have good head/neck control) but it definitely isn't the most compact seat available. It is REALLY easy to install, though - we took kiddo with us while test driving cars since we have to replace our current vehicle in the next month or so. We popped the seat out of the truck, installed it easily in the vans we were driving, and were on our way. Took less than 5 minutes (it is rated as one of the easier seats to install on several of the comparison sites) from "I'll go get the seat" to putting the kid in it.

Edited to add: we moved kiddo to the convertible seat around 11 months, because he was constantly trying to sit up in his infant seat. He'd get really frustrated since it was such a recline. Car rides went from frustrated baby to happy kiddo as soon as we switched seats because he could look out of the window. Technically he's not too heavy for his infant seat even now (27.5 pounds at his 15 month appointment last month) but he is too tall for it (it goes up to 30 inches in height; he was 30.25" at his 15 month appointment.

We have that car seat and stroller (and car base) system and we NEVER use the stroller, like this one:

Instead, we use this:

We use the car base, and it's awesome. Just drop kiddo in and you're done.

Then we use the Lite-away stroller.

HOWEVER, Chicco later came out with THIS Liteaway stroller, which combines BOTH of those into one - it's the frame and the stroller:

The advantage is the light weight. We hated the full-sized stroller. It did not fit in our trunk easily, took up a ton of space, is giant and hard to use, heavy and hard to lift into the car or move up/down stairs, etc. The "frame" version is super light and totally easy to use, and the liteaway stroller is the same.