We found 2 Reddit mentions of Compasses and the Cross. Here are the top ones. 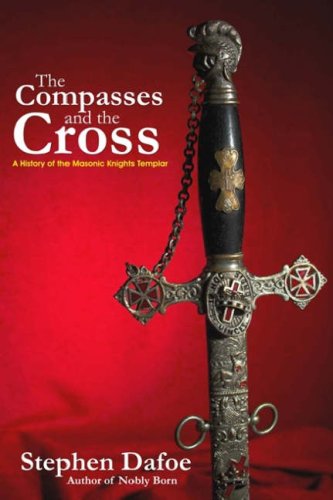 Found 2 comments on Compasses and the Cross:

So - here's the dangerously short version.

The origin of eccosais (french for Scottish) is that during the Glorious Revolution when the Scottish King - er, um - bravely ran away to France (circa 1786) a number of Scottish Masons/Engineers were in tow thus bringing Freemasonry to France.

Eccosais currents were often Jacobite, almost always include the preservation of the Word (a direct jab at the English for loosing it), and gear towards the Qabbalah, not chivalric currents - though in time, as seen in the AASR, everyone learned how to play along and chivalric Masonry was placed firmly above everything else - unless you count the secret work, which is a whole other discussion.

I highly suggest you read this book as it is quite enjoyable. That said, it is not really, as mentioned below, accurate.

I recommend you follow up reading Born in Blood with reading Compasses and the Cross.