Reddit reviews on How To Run a Traditional Jewish Household

We found 1 Reddit mentions of How To Run a Traditional Jewish Household. Here are the top ones. 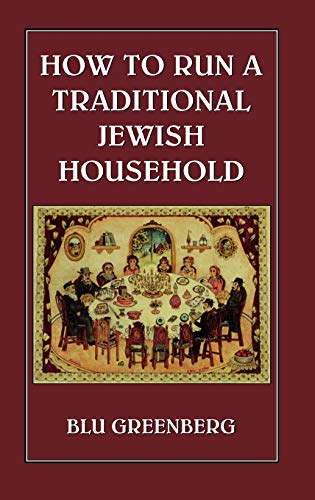 Found 1 comment on How To Run a Traditional Jewish Household:

As a person who converted through the Reform movement, I highly suggest that you take a holistic approach to your initial study of Judaism. Getting a better idea of where other movements are coming from will not only give you a better grounding in Judaism as a whole, but it will foster understanding between movements and also put you in a better position to decide which movement works best for you.

Personally, even though I converted Reform, I don't actually identify strongly as a Reform Jew, because it's a bit too free form for me (in particular, I became very frustrated when the response to any question I had about observance essentially boiled down to 'do whatever makes you feel good'). That said, like you, I don't identify completely with the theology or some of the practices of Orthodoxy (separation of men and women being one of them), so I wouldn't make a good Orthodox Jew even though I'm more observant than, oh, 90% of Reform Jews.

Take the advice of other people in this thread and try out several different synagogues and Jewish events in your area, if possible. And read a lot on Judaism from different perspectives. Even if you strongly identify with the Reform movement (which is totally fine--I am not knocking the movement, it just isn't 100% for me), it will still be helpful to understand other levels of observance.

Some books I suggest you check out: