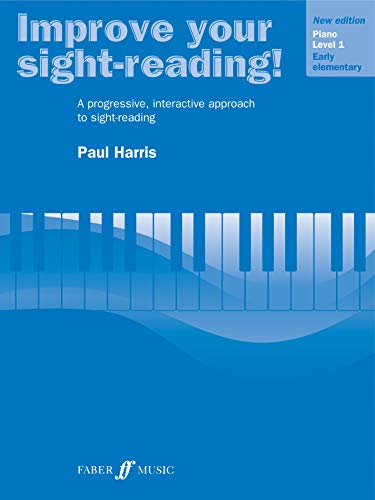 Back when sightreading was still difficult to me, I started making a very specific effort toward it. I can sightread practically anything on trumpet now. Ultimately, having the technical facility, the understanding of scales/keys is a huge part of it. Beyond that theory can certainly help. Ultimately, while you are reading on sight, a huge part of it is an almost rote thing. There was a point where I would have to actively subdivide and I still do for particularly tricky rhythms, but honestly, you do start to just chunk together huge swaths of music because of their familiarity. The more you play in more styles, the more you see more odd rhythms that may be endemic to that style, and then you sort of internalize it.

So yes, practice and awareness has made me be able to sightread virtually anything on trumpet.

But you asked about piano, so I'll go into that too. My piano sightreading has always been terrible. I didn't start seriously until I was 26 and that was after my music degree. Due to what I do with piano, I haven't spent much time on sightreading and so it hasn't improved much.

But somewhat recently, I decided to start working on it seriously with a solid pedagogical understanding of how it works. I will say that I have improved a great deal in a fairly short amount of time just due to daily diligence (at least until very recently as the gigging of the Christmas season has gotten me see super busy with other projects).

A lot of the ideas are the same. You need technical proficiency. You need a good key/scale understanding. But you also need a deeper theory understanding than on a melodic instrument. You can't chunk as much together if you have to identify notes individually rather than as a chord. You shouldn't think C E G B. You should think "CMaj7" or something in your own mind. It doesn't matter if it it's a chord or arpeggio. Being able to quickly get an idea of the harmonic area you're in and related chords to that really help you look ahead.

A think about sightreading and piano is that many people who are good at it started young. They don't remember when it was hard. They often make suggestions that make it clear to me that they've never done much teaching. "Yeah, just start sightreading Chopin preludes hands together every day." This betrayed the fact that they are at a higher level and are taking for granted advantage they developed when they were younger.

You need to start very simple and make sure you construct all of the necessary scaffolding to allow you to reach higher levels. Progressive exercises are very helpful. Specifically things that are short... 8-16 measures. Also, things you haven't heard before is better than things you have.

I started with the Hannah Smith book which more advanced players might say is too easy. It's over 500 short exercises, mostly hands mirrored, with some extremely simple hand together stuff. I believe it's exclusively 5-finger stuff. It covers a lot of rhythmic ideas mostly in great detail and it covers all keys. Until the very last chapter, there are no key signatures, only written in accidentals, which is actually pedagogically clever as it gets you very comfortable reading accidentals rather than thinking in the key signature and freaking out when you see one.

I also started working through the Paul Harris books. They start ridiculously easy, but sometimes that's a good thing. When working on your sightreading, it's easy to hit a wall because of assumptions of your own skill. You should be able to play things in time. This series of books is great about slowly introducing concepts book by book and making you very subtly aware of expanded foundational ideas in sightreading. They also have ideas of style and written dynamics to make you work on paying attention to that stuff. Both these and the Hannah Smith book are very short, great progressive exercises.

I'm also using the Alfred Adult Books, currently in Volume II. These tend to focus very heavily (perhaps to a fault) on I, IV, and V in the progressions. It makes sense as these are practical simple chords for an adult to learn and be able to play lots of familiar songs.

These are longer in form and many are familiar tunes (which I think isn't a good thing for sightreading as you try to play the rhythm and tune in your mind rather than the on the page), but often the tune or harmony is simplified. It forced you to read what's on the page and not everything will be familiar. These also force you to follow road maps... DS, repeats, codas, etc. So that is good.

These are just resources I'm currently using and I'm sure there are plenty more out there. Now as for the approach.

Basically always play very slowly. You are going for accuracy. Don't read any line more than a few times at most. You don't want to 'learn' anything. You'll likely be repeating the exercises in some form of rotation over a period of time, so don't work on anything. It's the best part of about having tons of very short passages of non-familiar tunes. You can't remember them, so they are essentially fresh each time you look at them even if the concepts are not.

So go through a book like the Hannah Smith books potentially several times. It's long and may take you many days. Maybe aim for a chapter or two a day. Maybe supplement those with some other exercises.

If your scales and arpeggios are weak, make sure you're spending some time on those as well. I also would ay some very slowly Hannon wouldn't be terrible just for making sure your hands are comfortable doing lots of different melodic movements and finding very comfortable fingerings for them.

I'm not a beast at piano even if I am at trumpet. But I do know that the progress I made in a single month was quite substantial, though to be fair, I do have quite an extensive background in a lot of concepts that give me a learning advantage of sightreading.

At the end of the day, my advice probably sounds as dubious and anecdotal as the rest, so like with all advice, take it with a grain of salt, but just know that I actually started from a point of sucking (like could sightread Mary Had a Little Lamb sucking) and have made some significant gains when putting in the time directly toward reading.

I'm sure at some point when I feel like my piano sightreading fundamentals are stronger, I'll probably move on to hymnals, chorales, and any number of other things, but many of those are "cart before the horse" at my currently level and my attempt at that sort of sightreading practice in the past didn't bear much fruit. I had to put the training wheels on to find out what pieces of the puzzle I was missing. If you can humble yourself enough to make sure you have all of the scaffolding, it makes it a more efficient process.

I'm finally reaching a tipping point where it's not an absolutely slog. I can somewhat comfortably read a lot of materials out of childrens' song books and such. Once you can read decently and just start reading everything in sight, it will likely only be downhill from there. Then, like I do with trumpet when I see a tricky rhythm, I make note of it and add it to my belt. Same thing happens with piano and tricky composite rhythms or patterns or contrary motion things (my real Achilles heel).

In the end, it's all pattern recognition and slowly learning to recognize them in such a way that can create instant recall on the fly.

I'm working through this book, I find it very good:
Improve Your Sight-Reading!

No, it really starts from the beginning. The first part is available in amazon's preview.

I've been using the Paul Harris "Improve Your Sight-Reading!" books and they have been great. They gradually move you from stupid simple, introduce a new technique/rhythm/key signature/something every chapter in a really logical way. I started with just basic grade 1 about 6 months ago and am now on grade 4, and the difference in my sight reading ability is pretty danged amazing.

There’s a few ways to go for this. There’s a Sight Reading book series that has multiple levels for beginners to advanced readers. There’s also a couple of helpful websites.

There’s definitely more out there of course.

This is completely killing me. I literally failed Paul Harris Book 1 because of this. I will literally forget which finger to use for a 2nd interval when I lose track of my hands! (and I am probably a grade 3-4 now so this is pretty pathetic)