We found 1 Reddit mentions of Plato's Gods (Ashgate Studies in the History of Philosophical Theology). Here are the top ones. 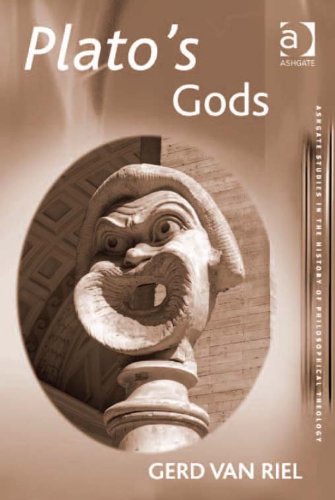 Found 1 comment on Plato's Gods (Ashgate Studies in the History of Philosophical Theology):

Now some different Hindu traditions believe that Brahman is equivalent to a specific deity, and other deities, along with the rest of the universes, are different aspect of the supreme deity (Vaishnavas believe Vishnu/Krishna is Brahman, Shaktas believe it's the Goddess, etc). The worldview is also animistic to some extent because we have the concept of river goddesses (Ganga River), sacred mountains (Mt. Kailash), tree spirits (Yakshinis), and others.

Now, while on a deeper level, everything is a part of Brahman, that doesn't mean on the ground level we treat everything as if it is Brahman. Just because your coworker, mother, and spouse are all Brahman on a deeper level doesn't mean they're interchangeable on the ground level. They're still "distinct" people. The same applies to deities. Traditionally, the different deities weren't just interchangeable metaphorical aspects of Brahman, but they were "distinct" beings.

Now to get on to the other traditions,

There's a book called The Christians as the Romans Saw Them by Robert Louis Wilken, which is about early Roman Pagan-Christian interactions. The Romans tried to make a similar argument that modern Hindus make, that the Romans believed in a supreme deity and that other deities are different manifestations of that supreme deity, but the Christians weren't buying it, saying that's not real monotheism.

The Greeks also had their own conceptions of panentheism. Neoplatonists like Plotinus and Iamblichus had the concept of "The Ineffable One", which is basically the Hindu Brahman, and the varying Greek deities are emanations of the One.

Here's a blog by someone who identifies as a Julian Hellenist who explains his positions with sources. https://hellenicfaith.com/the-one/

There's another book called Plato's Gods by Gerd Van Riel, which goes into detail about Plato's metaphysics. A lot of monotheists and atheists have respect for Plato, but many of them are unaware about Plato mentioning the importance of being devoted to the gods.

With Egyptians, I'm finding some contradictory info. A few sites are talking about the concept of Netjer, which is basically Brahman. Basically, the different deities, although different aspects of Netjer, are individual beings with their own consciousness. There are other sites that talk about Amun-Re being the source of all the deities.

The Olodumare is considered the supreme being similar to Brahman, where the different Orisha (deities) are manifestations of Olodumare, and the goal is to eventually become one with Olodumare.

I can't find too much detailed information about the different Native American worldviews. There is the concept of the Wakan Tanka (Great Spirit) of the Lakota people, and the Wakan Tanka is supposed to reside within everything in the universe.

The Navajo seem to have something similar with the concept of the Almighty, which flows through the gods/spirits and everything in the universe. http://www.meta-religion.com/World_Religions/Ancient_religions/North_america/navajo_religion.htm

Traditional Zoroastrianism really was not as monotheistic as people think it is. The idea that Zoroastrianism is actually monotheistic is a post-colonial interpretation after the Parsis got in contact with Christian missionaries during the British Raj. There are some instances of Zoroastrians being "monotheized" when they got into contact with Islam, but it didn't really take off until after British colonialism (at least for the Parsis).

Basically, the traditional viewpoint was that Ahura Mazda is the supreme deity with the universe being a manifestation of him, but there are other subsidiary deities (Amesha Spentas, Yazatas). Yazatas mean "those who are worthy of worship" or "good gods." The Gathas mention yazatas likes Sraosha, Ashi, etc and how it's important that they be revered. Under the Parthians, Zoroastrians would view Greek deities as yazatas, and the Parsis would view Hindu deities as yazatas. There are some Mumbai Parsi families that come back to their hometowns in Gujarat for Ganesh Chaturthi.

What happened was that during the British Raj, the Parsis would get harassed by Anglicans for being primitive polytheists, and they weren't able to properly defend their traditions to the Anglicans. It was until Martin Haug came into the picture, who reinterpreted Zoroastrian traditions through a Christian lens that Zoroastrianism became viewed as monotheistic. Yazatas started to became translated as "angels", and Parsi Zoroastrians began to claim themselves as the oldest form of monotheism to protect themselves from harassment by Anglicans. This monotheistic interpretation got internalized by the Parsis, when in actuality, this is a post-colonial interpretation.

I posted someone else's blog post about the treatment of polytheistic traditions in the West, which has sections about the "monotheizing" of Zoroastrianism (and Hinduism) in the /r/Zoroastrianism subreddit. There are also other posts in the subreddits that talk about how Zoroastrian traditions are not as monotheistic as people think.