We found 8 Reddit mentions of Polaroid Originals Color Film for 600 (4670). Here are the top ones. 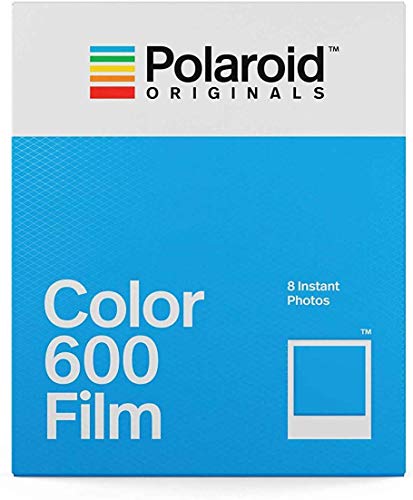 View on Amazon.com
CLASSIC FILM: Polaroid Instant Color Film for 600 cameras and i-Type cameras with 8 classic iconic white framed photos.LIGHT IT UP: Polaroid Instant Film loves light. The more light in your shot, the better your photo will turn out. Always shoot in bright light or use the camera flash.DEVELOP: All photos appear blank at first. Photos develop within 15 minutes. Shield photos from the light and place them face down as they develop.CREATE: Every photo you create is rich textured and unique. Unpredictable, imperfect, and impossible to reproduce.BACKWARD COMPATIBLE: Film is compatible with Polaroid 600, Polaroid Impulse, Polaroid SLR680, and newer Polaroid i-Type One Step 2 cameras.8 INSTANT photos– Polaroid pictures are unique, no two pictures are the same, So think before you shoot.Note : The date stamped on the bottom of the film box is a production date and not an expiration date
Related categories:
Electronics Camera & Photo Film Photography Photographic Film

I believe that camera will actually take 600 film which means it's actually 3.50$ a picture. amazon link

This manual should work for you if you don't have one. This uses 600 type film and can be found at Polaroid Originals or places like Amazon and such. The battery is in the film pack so the camera will not function until you insert the film pack. The current film is not exactly like the original stuff that was discontinued around 2006. It's a bit faster (more sensitive to light) than the original so you'll likely need to adjust the lighten/darken control a bit to darker. The new film is also a bit sensitive to light when it is first ejected unlike the original stuff. They sell an extended light shield to help cover the film for a bit when first ejected. Otherwise quickly shield a new print in a pocket or something for a few minutes at first.

Nope, you need 600-type film. Fresh stuff is being made still, it's pretty expensive but them's the breaks with instant cameras.

Shipped and sold by Amazon via Polaroid originals. I contacted Amazon and they just told me to file a return and have a new one sent out.

At BestBuy you can get 25% off if you buy three or more!