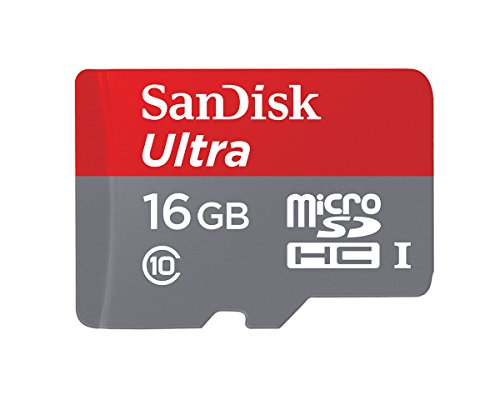 The serial numbers would be the same. Instead of running the risk of being tracked back through your purchases and imprisoned for using counterfeit money, which would quickly result in your cloning ability coming to light, buy some rare metals or gemstones to duplicate. You could also buy about 100 of these 128GB MicroSD cards and fit them in the other pocket. Resell them for $70 on Ebay, and you could make a huge bundle. It would also help me by driving down the price of MicroSD cards.

And another thing, OP. If you are going to sell your clone's meat, for goodness sake sell the organs you prick. People are dying and desperate, and you have an daily supply of fresh organs you could flood the black market with at low prices. Not that it would be easy at first, but once you find a regular buyer you might even discover a way to get them into legitimate supply chains. If each clone saves 5 people, wouldn't that make you feel better than selling them as deli meat? Don't be such a jerk OP. If you're taking the risk by selling their meat anyway, at least save some lives with it.

How is it miraculously tiny? Micro SD cards are smaller yet come in 128 GB sizes. http://www.amazon.ca/SanDisk-Ultra-MicroSDXC-Memory-Adapter/dp/B00IIJ6W4S

Just... every time you think you're smart, you realize a team of people have figured out insane shit like your eight-core processor and have made the process cheap enough for the average person to afford.

Going just beyond the math of HOW to make a processor, but actually building the machines that can assemble it. It's one thing for the science to work on paper, yet another to make it a reality.

Think about all the visions of the future we used to have. Ejecting a 4" holographic disc full of data. Yeah? We kicked that in it's ass. We have the technology to store over one trillion bits in a package small enough to literally swallow, for less than the cost of a cheap wooden picnic table, and it's still bigger than it actually needs to be for the sake of our clumsy, stupid hands.

Actually they go a bit higher than that.

Most tablets and phones, including the Venue 8 Pro need microSD cards and cannot utilize full size SD cards. 128GB microSD cards are cutting edge, first released on Feb 2014, and quite expensive at $115 each.

Onboard memory runs at ~150 MB/s, whereas microSD runs at only 10~15 MB/s. Non-sequential performance is even worse.

Installing programs onto microSD takes some additional leg work (mounting). microSD doesn't support use of the recycling bin, all files are deleted permanently (even if the drive is mounted).

A lot of files for system services (Windows OS, System Restore, Shadow Copy, hiberfil.sys, etc) need to be kept on the C:\ drive.

Despite these limitations, microSD expansion is great. I have a 64GB microSD card in my 64GB Venue 11 Pro.

here. let me rub a little salt into that wound

Fortunately that's not the case any longer, though it's likely the case for ~140-ish GB and more. You can buy an Android device with 16-64GB of internal storage and then if it supports MicroSD you can throw a 128GB card in and rock on.

That's what I did (though not the 128gb version) when I got fed up with the lousy iPod Touch battery and camera on my iPod Touch 4th gen. Bought a Galaxy SII, threw in a microSD card and had my entire library, a nicer camera and modern OS for around $200 at the time. Didn't hurt to get GPS capability and replaceable batteries, either.

it wouldnt be such an issue if they'd just put 128gb in the phone in the first place, and not charge an extra $200 for that... why would anyone do that when they could just add one of these? http://www.amazon.com/SanDisk-MicroSDXC-Adapter-SDSDQUA-128G-G46A-Version/dp/B00IIJ6W4S

this is the biggest micro SD I could find. although I'm sure a 16GB one will be fine since that's all I've had since 2011 in my original 3DS.

&gt;1) I have a 1 TB USB 2.0 HD that my SP2 won't recognize. I believe it's a Seagate that I bought a few years ago to backup my files. I'm reading online that some externals won't work with the SP2 because there isn't enough power being utilitized for it or something. Ok. The HD lights up, but isn't recognized. My SP2 is plugged in, and my HD doesn't have a power source of its own (it doesn't plug into the wall). Am I SOL? I would hate to replace a perfectly good 1TB HD.

Try using a USB powered HUB. I use the Anker USB 3.0 4 Port hub and it works great for devices that need to be powered.

EDIT: Some devices that may need power from the USB may work with a non-powered hub. The hub I linked to will work, try it plugged in first to install the drivers and then again without powering the hub. It may work.

&gt;2) On that note, how do YOU store your files? I am so far behind with cloud storage it isn't even funny. I know I'm living in the stone age, but I like having the physical HD that I can plug in. The remaining space in my 128 GB SP2 is barely going to cover my music, never mind the movies/photos/other that I have. I don't need them all at the drop of a hat, but they are there. So what's the best fix? An external 3.0? Cloud storage? Some kind of NAS like the WD My Cloud?

I use a combination of Dropbox and OneDrive as well as my own personal deployed "cloud" solution located on my NAS. I also have a HTPC that runs Plex Media Server which gives me access to my media collection on the go. Think of it as a free personal Netflix service.

For local storage however, I also have a 64GB microSD card installed which I use to store downloads, local music and movies, software installers, and other documents.

&gt;3) I like watching video files from my laptop on my HDTV. Best way to do this? I used to just use an HDMI cable and VLC. Do I buy a Mini DisplayPort to HDMI converter? Any loss in quality? If anybody has one that they would recommend, I would appreciate it. Not sure if I only need a simple &lt;$10 one or if those are cheap knockoffs that will break. Or just bypass it all and look into the Chromecast?

Yes, you'll need a miniDP to HDMI converter to use your TV as an external display. There is no loss in quality since it's just a digital to digital conversion. You can use a basic adapter like this or an all-in-one solution like this.

Chromecast IMO is shit as it's limited to screen casting on whats displayed inside of chrome. So unless all you need to cast is web based media, I suggest avoiding chromecast altogether. You'll be better off using a miracast device than wasting your money on chromecast.

EDIT: Using either miniDP or the Miracast solution is entirely up to you. It all depends on how much you want to spend, portability, and accessibility.

The miniDP solution will obviously cost less and will be more portable as it's just a simple cable that you can take around and plug-in to any HDMI receiver. The Miracast solution will be convenient in the fact that it's wireless, allowing you to cast what's on your SP2 to your TV without being tethered, however it's more of a hassle bringing it around if you travel a lot as it's more of a set it and forget it solution. Here's an example of Miracasting.

It will likely be this one by SanDisk as that is the only one on the market right now. No one else is making that capacity yet.

From my experience with SDHC cards of different varieties, you're never going to get the speeds the manufacturers quote but if you do your research you can get a card that is fairly close. I have been using class 10 and UHS-1 cards since they came out and they have good read\write speeds. With my ADATA I get ~60 MB/s read and ~40 MB/s write the last time I tested it out when I got it. Here's a link (2013 but will give you an idea of differences) that benchmarks several different class cards.
Here's a benchmark of a newer SanDisk UHS-1 from this year which gets read and write speeds of ~90 MB/s and ~60 MB/s.

I'd recommend trying to find reviews\benchmarks of whatever card you're interested in because real word speeds and theoretical speeds vary quite a bit and often a cheaper card may perform better than a more expensive one.

So you can get:

Check this out. Just bought one when it went on sale a month ago.

I guess is this the only one that works for phones?

Any modern phone should support 128gb micro sd cards..which are $100 from amazon

I'm using a SanDisk I got with my nvidia shield tablet. Nothing special, here it is below (though 128gb version), I think it was maybe $60 when I got it? Forget the actual price, but around there.

They have 128 GB micro sd cards as well if you didn't know.

The speed on the cards is indicated by the littler number on it. So the one you linked has a 1 on it which is the lowest which I wouldn't get especially for recording such high video.

I'm tempted to get one of the 128GB ones

Problem is they're a bit expensive now and they're not as fast as the lower capacity ones.

I think I read that most phones don't even have support for UHS-2 or UHS-3. Did you mean U3?

Amazon Smile Link: time for this.


To help donate money to charity, please have a look at this thread.

This bot is currently in testing so let me know what you think by voting (or commenting). The thread for feature requests can be found here.

Kinda pricey but having more space is never a bad thing I guess.

You can always "upgrade" your space with a Nifty Drive + SD Card. I'm planning to do this eventually to my rMBP to store movies/tv on.

time for this. ..but srsly, what's the problem here? Class 6 is a bit on the slower side. and if capacity is the problem there's 64gb cards, etc.

Why not get 5 of these instead?