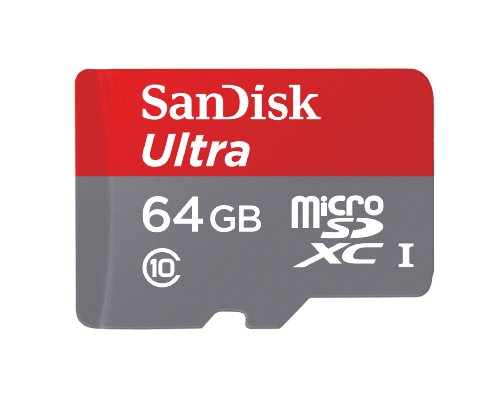 And 50 years later we get more than 200 times that in a finger tip. And just after another 6 years, a version 13,000 times bigger is available for a (relatively) small price.

NOPE clocks in at between class 2 and class 6 depending on some other factors.

None with Verizon. If you're looking for one, get one of these.

I'm not sure what that says for your micro sd prices. I can get almost two 64gb micro sd for the price of one vita 64gb.

I ordered a SanDisk 128GB card from Amazon which should arrive soon. I'll post back if it works. I'm hoping it will work in my Symbian Nokia 808, which works fine with a 64GB card.

Exactly right. Plug and play should detect both without issue. I've had a 64GB card in mine since February. Didn't have to format the card beforehand. Not using a custom rom either.

This would work well

As much as I loved the Zune I suggest you move on to other platforms being the software and hardware are not really supported anymore. I suggest going with a Windows Phone and a MicroSD card for similar feel as the Zune and capacity. For ~$110 you can get a unlocked Nokia 530 from Amazon and get a cheap 64GB MicroSD card like this for ~$31 for a unit that is going to be updated for years to come at a cheaper price then what you can probably get a 64GB Zune HD for.

This SanDisk 64gb is really popular.

I think that's the easy part, take a look at this 1. Now, they will probably won't use that technology, but it shows is perfectly doable.

alright i got you get one of the sansa players with a micro sd slot, the clip+ is the smallest shit ever so you can take it anywhere.

I use the SanDisk 64GB card which isn't too much more expensive (it sometimes goes on "extra?" sale for a little bit less). It works well, no surprises.

If you're referring to the fact that it's a very small physical size with a large capacity, check this fucker out. It's about the size of your nail on your thumb.

So you can get:

Depends on what you want.

Having NFC has been objectively better for me than not having it on my old iPhone. Using it more and more lately. This might be subjective, but I don't see how not having a useful feature would be better.

The same adapter for my phone I can also use for my stand alone camera, my audio recorder, portable hard drive, my heartrate monitor charger, my eCig charger, etc. That is definitely objectively better than the one Thunderbolt adapter for my iPad that has no other uses. Perhaps more convenient is another way to put it.

Wanting / needing a backup battery (which I have had to use before) is a clear advantage for some. Again, I don't see an advantage to not having this feature.

Actually - now that I've started down this road, I have no idea why anyone would want to stick with an iPhone - and if they did, why they would have any reason to think it was superior, considering any group of features you mention will likely have an equivalent in the Android market.

I guess it could come down to the app market / app quality - and just prefering the iOS experience more than Android (although Android has plenty of launchers to change the experience to whatever you want). But I have an iPad and I actually wish some of the options on my Android phone were available for iOS (like changing the keyboard, wireless app installation, widgets, etc.).

go to the storage option on your phone and make sure the card is actually the size its supposed to be.

scroll down and look under the SD card heading

It's 30 bucks right now for 64GB. I have my OneDrive files on it and I've also installed a bunch of games from GoG on it, they also work fine.

Is speed really that big of a factor though? Couldn't I just get this?

I think SanDisk cards tend to be faster and more reliable. I have a bunch of these.

I mainly put movies on my SD card but i also put music and some TV shows. I use this SD card. amzn.to/1tnFJEJ The SD card is pretty good.


To help add charity links, please have a look at this thread.

This bot is currently in testing so let me know what you think by voting (or commenting). The thread for feature requests can be found here.

On my Note 3 I originally bought a SanDisk Ultra 64 GB microSDXC Class 10 UHS-1. Had nothing but problems with it randomly "ejecting", even thought it was solidly seated. Per recommendations I got here on Reddit, I purchased the Samsung Electronics 64GB Pro microSDXC Extreme Speed (UHS-1) - which has worked perfectly for 6 months now.

So, get the Samsung card and save yourself some pain.

In my DR500GW-HD and it has worked fantastically.

i use this till they make a 128 gb i can upgrade too. or bigger.

I upgraded from an iPhone 4S to a Note II last fall and still really enjoy this device. If battery is your concern, the Note 3 will likely have excellent battery life. And if the battery is removable like the S4/Note 2, you can easily swap in a spare and be right back at 100%. I use my Note 2 extensively throughout the day (emails, web browsing, 6 hrs of music streaming to a bluetooth speaker), and I have about 60% before I leave work and head to the gym. Then I swap in a fresh battery, stream Netflix/Pandora at the gym for ~2 hrs. It's really been quite liberating to not have to worry about battery life with a phone.

For music, you can throw in a 64 GB MicroSD card (I bought this one from amazon for ~$40 on sale) into the S4/Note 3 and load it up with tons of media. The S4 can transfer apps to the SD card now (and I imagine the Note 3 will have this option as well). Also, the recent Google Play Music app apparently lets you save music to the SD card as well!

My GF has the Galaxy S3, and the Note 2 was a pretty good performance upgrade from that device. I wouldn't be surprised if the Note 3 performs better than the S4 and HTC One, which will both be a few months old by the fall. Honestly though, all those devices will be great for mobile gaming. With the Note you do get the added screen real-estate, so using your hands with on-screen controls won't block much of the display.

Yeah, I was thinking I might go that road eventually.

It appears exFAT is a replacement for FAT32 that supports 4gb+ files and is cross-compatible between OSX and Windows. Just not sure if that's an 'in theory' or 'in reality' kinda claim. (Linux doesn't like exFAT for now)

Bigger SD card is the only good answer Here's a class 10 64gb MicroSD with the adapter you'll need to use it in your 3DS included. It's what I'm using now.

there are also 30mbs things:

if you need it, with usb adapter.

generally i don't even want to buy usb sticks now, when ever you seed them they just report the size.

there is no rating system in place for usb sticks, i bought one recently that moves shit at 2.5 mb/s and is 32 gb in size, backing shit up on it is a gigantic pain, takes hours to fill it.

it was a nice small key usb drive.. but fuck if it can be used for anything expect backup with its speed.

This is the same one I have.

-------------
Riddle 2: The professor thinks my alchemy is a mess. Strands of copper anchored with mountains of lead.
But look and behold! Someone has cast a shrinking charm on this broom! Perfect to clean up my mess!

---
Riddle 3: I can't wear them all as much as I've tried. I need someone else to wear my extra hats. I think making a twin would be ideal.

Riddle 4: A poem for explanation:
A journey unrivaled, of danger an action.
I'll log the whole venture, with great satisfaction.
New facts learned with just one opponent.
To realize I'm missing a crucial component.
I'll remember! Not lying! I swear that I will.
If only I'd remembered to purchase a quill.

Riddle 5: I've run out of space for all of my parchment. My notes and my books just take up too much space. I think I need to cast a spell to make my trunk bigger.

Interested in this game? It's currently $40 on steam, a fair price for a used item retailing for $30 new.

Thanks! This camera will eventually be in a water housing shooting surfers in action so rapid-fire will probably be pretty standard for how the camera is used. So even if I get an MicroSD like this one I could still have problems and should just use CF?

We already have 120 GB SD card

I dont get why companies do not make cartridge 3DS style with the same technology for consoles so they don't have to limit the games so much.

Going out on a limb.

The E1000/street is just vastly superior when it comes down to my needs. I've always hated the overall design of the later PSPs, especially with the glossy fingerprint-infested surfaces, The black-silver-black "sandwich" look and the transparent L/R triggers doesn't help either.

Its part of why I love the E1000, The matte finish and the all-black monolithic aesthetic is just so well done imo. Though it has similar bulkiness of the 1000, Its also slightly lighter and feels more natural held in hand (8oz) compered to the 1000 (10oz) &amp; 2000/3000 (6.5oz) with the same reasons as OP. There's no noticeable ghosting even when playing gameboy games on an emulator and the horrible interlacing issues from the 3000 are gone, so I'd say the screen is on par with the Go but larger.

The mono speaker and other gimped features of the E1000 doesn't phase me, as I always use earphones anyway and my brand new Vita Slim already fulfills those other roles. My E1000 is my go-to device for playing psp games released only on UMD, ps1 games not on psn, Homebrew, and as my main emulation station.

Now I would of kept my PSP-Go for all that as well, but the big turn off for me was its proprietary memory stick that only goes up to 16gb, that plus its internal memory is only 32gb. That's not enough for me. In my E1000 is a PhotoFast MS Pro Duo Dual Slot adapter with two 64 GB microSDXC cards totaling up to 118gb of glorious free space in my PSP E1000.