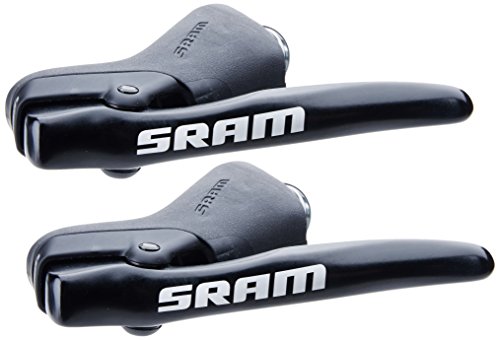 SRAM S500s are a little more expensive, but a great choice for those who prefer the feel of SRAM hoods.

If you opt for the older non "aero" brake levers, so they're called, you will only have to undo the bar tape from the bottom to the lever mounts. There's likely a bolt, 5mm, that you access from the front of the lever. You may need to push the cable out of the way to access it.

If you're going down this road, I recommend undoing all the bar tape and going for the so-called aero brake levers, which often feature levers that "blade" outward, so that you can more easily access them from the sides of the drops, but more importantly, are generally much larger and vastly more comfortable to hold. The cables are routed internally, under the bar tape, rather than on the outside.

Here are some models: