We found 1 Reddit mentions of The Jewish Holidays. Here are the top ones. 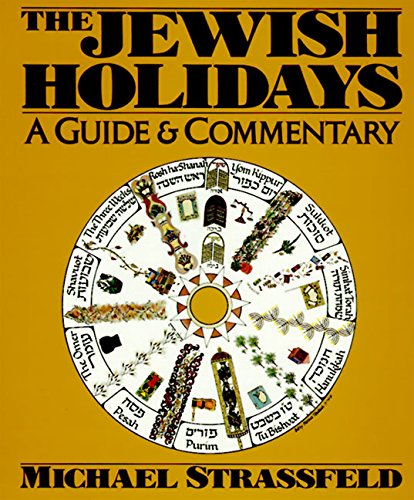 &gt; I've never actually read Maccabees I and II as its outside the Tanach

Yea the only reason I looked into it is because my Rabbi brought it up.

&gt;and any learning I did, but is it a retelling of the same narrative twice or part I and part II respectively?

The first book shows the struggle between Pious Jews (The Maccabees) vs Seleucid King &amp; The Jews that supported the king. The second book creates the terms "Judaism" and "Hellenism", which were coined by the author. Really this is an internal civil war between a pious people and those who were wanted to assimilate into Greek lifestyle. The Maccabees of course forced converted these non-pious people by forced circumcision and massacre.


It is also worth noting that neither book actually mentioned the 'miracle' of the oil. They talk about the re-dedication and the second book talks about 8 days (again going back to Sukkot). The second book even calls back to the feast of booths, and they talk about what could even be the lulav and etrog.

Early in the morning on the twenty-fifth day of the ninth month, which is the month of Kislev, in the one hundred forty-eighth year, they rose and offered sacrifice, as the law directs, on the new altar of the burn offering that they had built. At the very season and on the very day that the Gentiles had profaned it, it was dedicated with songs and harps and lutes and cymbals… So they celebrated the dedication of the altar for eight days, and joyfully offered burnt offerings… Then Judas and his brothers and all the assembly of Israel determined that every year at that season the days of dedication of the altar should be observed with joy and gladness for eight days, beginning with the twenty-fifth day of the month of Kislev.

It happened that on the same day on which the sanctuary had been profaned by the foreigners, the purification of the sanctuary took place, that is, on the twenty-fifth day of the same month, which was Kislev. They celebrated it for eight days with rejoicing….therefore, carrying ivy-wreathed wands and beautiful branches and also fronds of palm, they offered hymns of thanksgiving to him who had given success to the purifying of his own holy place. They decreed by public edict, ratified by vote, that the whole nation of the Jews should observe these days every year.

The entire story of the oil lasting for 8 days comes out of the Rabbinic tradition.

It is mentioned in the Babylonian Talmud in tractate Shabbat 21b:

What is [the reason of] Chanuka? For our Rabbis taught: On the twenty-fifth of Kislev [commence] the days of Chanukah, which are eight on which a lamentation for the dead and fasting are forbidden. For when the Greeks entered the Temple, they defiled all the oils therein, and when the Hasmonean dynasty prevailed against and defeated them, they made search and found only one cruse of oil which lay with the seal of the High Priest, but which contained sufficient for one day’s lighting only; yet a miracle was wrought therein and they lit [the lamp] therewith for eight days. The following year these [days] were appointed a Festival with [the recital of] Hallel and thanksgiving.

&gt; I've never seen this nor read this anywhere but I'd love to hear you out on that one!

I could type this up, but it is easier to scan it, apologies for my laziness.

Here is the album of 5 pages.

&gt;So they had to wait the seven days THEN as purified people make some NEW oil then light the menorah. So yes it could've been any oil but they had to be pure when it was made and when they lit the menorah

The stories don't follow those accounts, they speak of very long times between victory, and re-dedication. Although I think the latter part of your comments are answered already in the sources in the first part of this posts.

Oh also it is worth noting that the Talmud only tells us to light a single candle and only the very zealous should light more:

Our Rabbis taught: The commandment of Chanukah requires one light per household; the zealous kindle a light for each member of the household; and the extremely zealous -- Beit Shammai maintain: On the first day eight lights are lit and thereafter they are gradually reduced [by one each day]; but Beit Hillel say: On the first day one is lit and thereafter they are progressively increased. Ulla said: In the West [Eretz Yisrael] two amoraim, R. Jose b. Abin and R. Jose b. Zebida, differ concerning this: one maintains, the reasoning of Beit Shammai is that it should correspond to the days still to come, and that of Beit Hillel is that it shall correspond to the days that are gone. But another maintains: Beit Shammai's reason is that it shall correspond to the bullocks of the Festival [of Tabernacles; i.e. Sukkot], while Beit Hillel's reason is that we increase in matters of sanctity but do not reduce.

Rabbah b. Bar Hana said: There are two old men in Sidon: one did as Beth Shammai and the other as Beth Hillel: the former gave the reason of his action that it should correspond to the bullocks of the Festival, while the latter stated his reason because we promote in [matters of] sanctity but do not reduce.

Our Rabbis taught: It is incumbent to place the Chanukah lamp by the door of one's house on the outside; if one dwells in an upper chamber, place it at the window nearest the street. But in times of danger it is sufficient to place it on the table. Raba said: Another lamp is required for its light to be used, yet if there is a blazing fire it is unnecessary. But in the case of an important person, even if there is a blazing fire another lamp is required.