Reddit reviews on The Pleasures of Probability (Undergraduate Texts in Mathematics)

We found 2 Reddit mentions of The Pleasures of Probability (Undergraduate Texts in Mathematics). Here are the top ones. 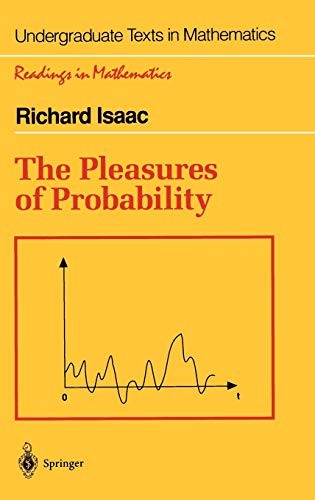 Found 2 comments on The Pleasures of Probability (Undergraduate Texts in Mathematics):

I've never really found a probability book that I love. Here is the one I had for undergrad:

It's verbose, but provides excellent coverage of the major stuff. Here's three free ones, but it looks like they jump in a little too quickly:

Probability Theory, the logic of science

And an MIT course:

You basically want a strong understanding of:

Conditional Probability, Baye's Thm and it's use, Expectation. And to be familiar with the Law of Large Numbers, Central Limit Thm and Moment Generating functions, and the use of all three.

Freund's Mathematical Statistics is the go-to book for mathematical statistics. It requires a strong grasp of integration techniques (including changing coordinate systems through substitution) and probability.