We found 5 Reddit mentions of The Pop Piano Book. Here are the top ones. 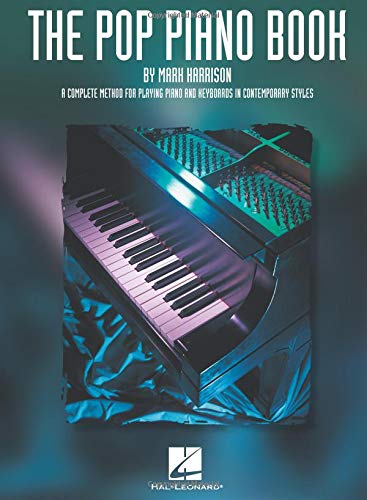 Well, this depends a lot on where you are right now and if you have any background in piano or music at all currently. I'm gonna go finish my cooking a meal and I'll jump into the longer explanation, but knowing where you're at will let me give you better suggestions.

Okay, so I'd probably call this some sort of R&amp;B, but that's messy. The thing to understand about musical styles is that the definitions get really wonky. "Classical" means almost nothing specific. It could mean Baroque, Romantic, 12-tone... all very different sounding things. Jazz could many anything from Dixieland to Bebop to strange fusion and free jazz stuff. Pop could be anywhere from country, to metal, to hip hop. Of all of the pop sub-genres, I'd say R&amp;B is the one I find the hardest to nail down in that it retains so little of the same DNA from iteration to iteration over history. If I listen to country from 1920 and 2018, I can see similarities, but if you listen to early R&amp;B and compare it to modern R&amp;B, they don't even sound the same, nor does stuff like this that sat firmly in the middle, but most people still broadly refer to it as R&amp;B.

I'm sure someone could give you a slightly more nailed down sub-sub-sub-genre, but I'm not sure if that's ultimately what you're after.

Alright, so if you have no background, you're about to be lost, but I can say that most of this stuff shares some pretty common ideas. A huge thing in this particular music and in almost everything you linked is use of a lot of 7th chords and often, parallel 7ths. The IMaj7-IVMaj7 groove is present in several of the tracks. For the minor stuff, Im7-IVm7 also happens a lot. There are also some thing like IVMaj7-VMaj7 (which is sort of an odd move since the V isn't dominant here, but it's common vamp in this era before bouncing to IMaj7).

Probably the biggest hallmark of this stuff is the V11 chord... or at least that's what it seems most R&amp;B people call it, though it's more technically a V9sus4 or V7sus4. It's just easier to think of in slash notation as IV/V or IVMaj7/V (for those confused, I'm not writing secondary functions, just using an alternative Roman numeral notation for these structures).... in the key of C that would be F/G or FMaj7/G.

Okay, still haven't heard back so I'll carry on. The way to get good at these styles is to be able to listen to them and emulate them by hearing the sorts of patterns that I mentioned above. Understanding theory will help infinitely in knowing how to listen rather than just blindly (deafly?) guessing by ear. It's easier to put puzzle together if you're looking at the picture on the box and the pieces are all right side up. Blindly transcribing without theory is like doing it with the cardboard side facing up on each piece.

The book I always recommend for this is The Pop Piano Book. It's got great bang for your buck, covers lots of styles, and explains the theory that goes with them so you understand how and why things work. Even if it covers some styles you might not be interested in, they are worth looking over because it's amazing how much very disparate styles tend to actually borrow from one another when you break them down theorywise.

Don't be that guy. If you don't have any background, you'll really need a teacher. If that's absolutely out of the question for you, there are other resources to get started, but realize that you're not going to necessarily even be starting to work on music like this for at least a year or two. At the very least you'll have to develop some technical facility and grow some basic theory knowledge before jumping into slight denser theory topics and slightly more technically demanding comping ideas behind this type of music.

If you pop back up, I might make some suggestions for how to start.

There is a core set of basics that are common - e.g. understanding music notation, rhythms, time signatures, scales/keys, chords, being able to read and play hands together, etc. However, here are some differences I can think of off the top of my head:

There's about 200 pages just on gospel in The Pop Piano Book by Mark Harrison.

Edit: A preview from the author --

You're right that you shouldn't be contacting people at this stage yet. Fortunately, there are some resources that will help you.

Buy this book ASAP. It will answer your questions and give you answers to questions you haven't even thought of.