We found 1 Reddit mentions of The Psychology of Conspiracy. Here are the top ones. 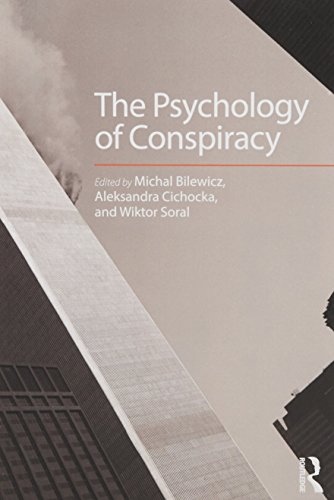 I'm not going to bother presenting a counter-argument, because you would just ignore it like you have with everyone else. Then you have the audacity to hide behind Graham's Hierarchy while claiming that people aren't engaging properly with the discussion.

I'm not personally related to any water authority, local government, government agency, or media outlet; nor have I been encouraged, coerced, or paid to support any such organization. I am, by definition, not the equivalent of a shill. And you don't need to provide a wikipedia link every time you mention something. Just because we don't buy into your weird theories doesn't mean we're stupid or ignorant.

Some of these theories include:

-Primary water; This has been debunked. I won't bother citing that because you don't trust NOAA or the USGS anyway. The primary studies supporting the theory have almost all been retracted by the publishing journals because they were flawed. I'm not going to watch the video you linked, because Dr Riess' work has been largely discredited or superseded by more modern studies. It's ok that he got it wrong, that's how science works. We learn knew things, which alter our understanding of natural phenomena.

-Water authorities in San Diego are mixing treated sewage water with the regular drinking water supply; You provided three links for this: The first specifically states how recycled water is used in San Diego, and it makes no mention of it being used directly as potable water. It specifically states that indirect use potable water is something that is done to a lesser extent, both in San Diego and around the world. No study anywhere has shown that there is any cause for concern with this method. The second link is one that talks generally about the idea of directly recycling treated waste water into Southern California municipal potable water supplies, but it doesn't say anything about it being done currently. The third link discusses Escondido's plan to used treated waste water for agricultural irrigation. Did you even read these articles when you grabbed them from Google?

-NOAA/USGS/Universities are somehow in bed with local water authorities; This doesn't make any sense. What do government agencies gain from this? They don't get any money from the districts who collect fees from citizens. I don't even know what the local water authorities are supposed to get out this arrangement. They're public non-profit entities that manage water usage. Unless they're draining those reservoirs like you claim so that they can fill them with money à la Scrooge McDuck, I really don't see a point to their alleged plan to overcharge everyone on their water bill.

-Water authorities are draining reservoirs to make the drought seem worse; There's simply no evidence of this happening.

-Fluoride levels are dangerously high in the public water supply; I'm not even going to touch this. It started as an anti-communist conspiracy theory in the 50s. The fact that it's still discussed by anyone in 2016 as a public health hazard is ridiculous.

If you want to drink your well water instead of using the public supply, that's great; I'm certainly not going to stop you. You aren't being heavily downvoted because everyone is brainwashed by Big Science/Big Media/Big Research Insitutions, you're being downvoted for spouting (see what I did there?) fringe conspiracy beliefs that have all been debunked by people who study these issues for a living. You don't have special knowledge, you haven't 'seen the light'. You've bought into some ideas from people who are equally deluded, and it can be very hard to admit that. I'd like to suggest you read this book, it may provide you with some important self-awareness.

There's clearly no point in this going further, so I'm going to stop responding after this.