Reddit reviews on Turning the Tide: Making Life Better for Deaf and Hard of Hearing Schoolchildren

We found 1 Reddit mentions of Turning the Tide: Making Life Better for Deaf and Hard of Hearing Schoolchildren. Here are the top ones. 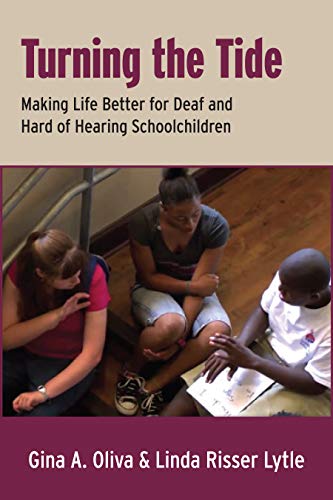 Found 1 comment on Turning the Tide: Making Life Better for Deaf and Hard of Hearing Schoolchildren:

A CI was put into me at around 18 months old. I was mainstreamed.

My school system had a magnet deaf/HH program that attracted students from five different school townships. As result, I wasn't the only deaf student in my grade, although it was still lonely company since only one of them only really grew up with me, with others coming and going. At most, there was five others, at lowest, there was two others. I never tried to interact with those who were in grades below or above me after elementary school.

I had interpreters in all of my classes. They started out with SEE and then slowly changed to ASL. Later, I found out that this was due to conflicting philosophies from my elementary, middle, and high schools. There wasn't an unificated plan at the time even though there was a person who oversaw all three programs.

Far as I know, the most "successful" people who came out of the magnet program was HH. I was an abnormality in that I had 0% access to spoken English after Elementary School. In fifth grade, I determined that my CI was nothing but a distraction and gave off the false image that I was HH instead of deaf. I still wore the CI for a few years, turned off, and then eventually I built up enough confidence to stop wearing it. Nothing changed although my Middle School's TOR made a bit of fuss but considering how well I was doing in my classes, it didn't last for too long.

I did pretty good, academic wise. I was involved in extracurricular activities (Cross Country, class officer, and so on). I had scholarships thrown at me. But it was three years after I dropped out of university (after three years of alienation and isolation) that the fact that something was missing was noticed by me. I'm sure that my father and others have noticed it before but they either didn't tell me, or if they did try to bring it up with me, I just brushed it off. I wasn't making progress with my emotional and social life.

At least in the meatspace. Around fifth grade, I discovered Internet and with that, I acquired Written English and a social life. Even today, my cyberspace social life is more active than meatworld's.

There's a couple of books that might be of interest to your research; Madness in Mainstream and Turning the Tide.

Feel free to ask more questions if you have any. I have plenty of tidbits.