We found 2 Reddit mentions of Two- and Three-Part Inventions: Piano Solo. Here are the top ones. 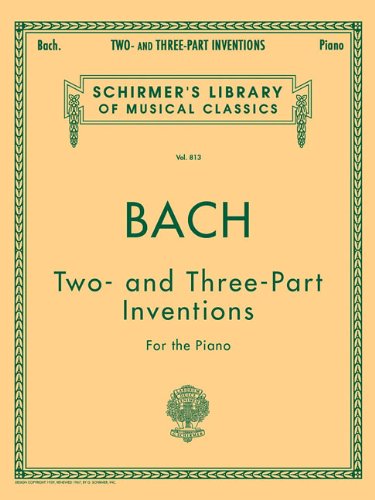 There are a lot of courses. Any specific topics you're interested in?

Edit: I'll just list a few anyway that I've used in classes (this may not reflect all professors' choices for the same subjects).

Counterpoint 1: A Berklee book by the late professor Rick Applin. Some also use this Fux translation/adaptation

Berklee's own (jazz-based) core harmony and ear-training curricula use Berklee textbooks written by professors which, as someone else mentioned, come unbound and shrink-wrapped at the bookstore. You can find older (PDF) versions of the Berklee harmony textbooks here. Of course this list only represents explicit book choices - there are a lot of excerpt-readings, and there's a lot of instruction that isn't found in these books even in the associated courses.

I'm not too familiar with Handel's works, but progressing through Baroque music can be fairly straightforward and programmatic. This is especially true when it comes to Bach, who happens to be excellent for developing hand independence! I would recommend going starting with this book, then his Little Preludes, then his two- and three-part inventions, and then WTC I and II. The progression in difficulty isn't completely linear, as you'll find there will be a couple of pieces here and there (like the WTC I Prelude in C you learned) that are easier than the pieces from the book before. For the most part though, the pieces do get progressively harder. You probably won't find a lot of hand independence exercises until you get to the inventions, but there's plenty of great material to start with from the first two books alone that will prepare you. The inventions require you to voice multiple independent melodies, which can be pretty difficult for any beginner pianist.

I also agree with the other poster, keep practicing your scales! There's a lot of different ways to improve your technique from playing scales alone. Learn all your major and harmonic/melodic minor scales. Learn to play them across multiple octaves, in parallel and contrary motion, starting from any key, in thirds, sixths, and tenths. Mix them up and play different scales in each hand at the same time. Play one scale in one hand at half the speed of the other hand. Play them at different dynamics, play them legato/staccato. The variety of ways you can improve your technique from just scales is staggering, not to mention it will be of immense benefit for improving your music theory and will help you run through scales much more quickly when you encounter them in a piece later on :)