We found 16 Reddit comments discussing the best bridge books. We ran sentiment analysis on each of these comments to determine how redditors feel about different products. We found 14 products and ranked them based on the amount of positive reactions they received. Here are the top 20. 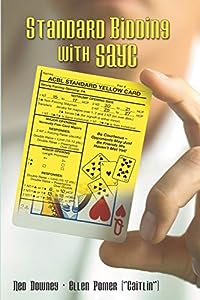 2. 25 Bridge Conventions You Should Know 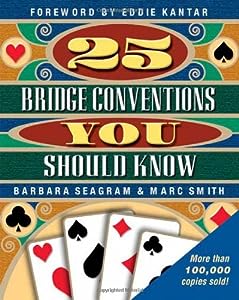 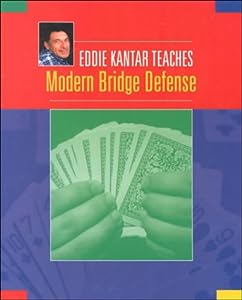 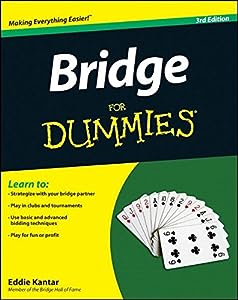 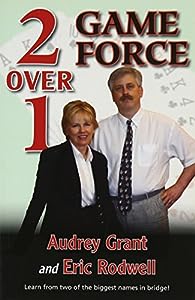 6. Bid Better Play Better: How to Think at the Bridge Table 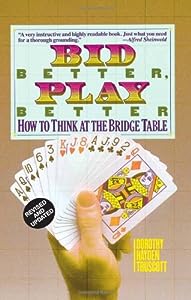 7. Take All Your Chances at Bridge 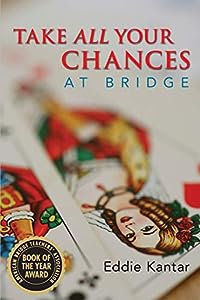 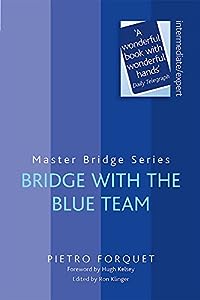 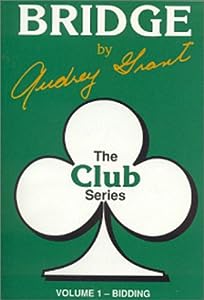 10. Watson's Classic Book on The Play of the Hand at Bridge 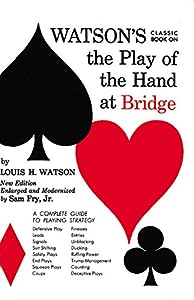 11. Cribbage for Experts: And Future Experts 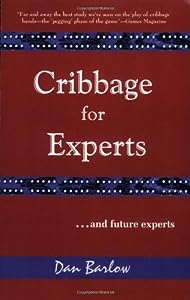 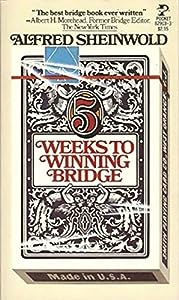 13. The Principle Of Restricted Talent And Other Bridge Stories (The Chthonic Bridge Chronicles) 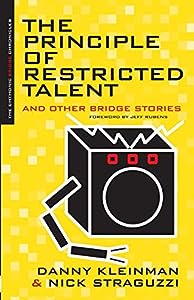 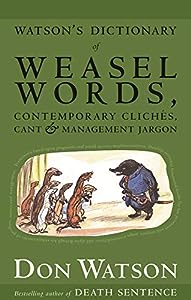 I like to read, so most of my advice is book related. I learned by reading "Bridge for Dummies" by Eddie Kantar. I think it's terrific.


Other books that I've found valuable:

Peter Hollands runs a good channel. A lot of education in bridge comes from discussion; you won't even realize what you're missing until someone points something out, you have a "wow" moment, and now you have another book you need to buy. Or something.

One thing I find mildly annoying about Peter Hollands' channel is that a handful of his inferences come from "because I know my opponent is a skilled player, if he had X card, he would have switched to a spade here". This is the time where he loses me, because I've seen enough silly plays from opponents that I have seriously concerns about using those kinds of stepping stones unless I'm in a strong field.

To answer your original question though, bridge has a lot of different kinds of skills and you sometimes need to address them independently.

Bidding problems are one avenue (though really, you should take 100+ from a book or other single source, not splashes of 5 in the newspaper).

Squeeze plays are one thing that I struggle with, but having them presented in a book doesn't always help; because real life problems are not so conveniently labelled.

One book I have enjoyed is Kantar's Take All Your Chances at Bridge, which specializes in probability analysis. On each (single-dummy) problem there is a fairly obvious solution with a 25-50% probability of success, but the puzzle is to find the best improvement. Maybe you can improve it to 75%, maybe 100%, but there's always some refinement available. This is a useful skill to apply in the wild as well.

Wow you guys have eagle eyes!
Bridge with the Blue Team is possibly one of the greatest bridge books ever and I've read it at least 100 times, and Inside the Bermuda Bowl is fascinating. Great choices!
Blue Team on Amazon is $8 cheapest used plus $3.99 shipping, for $12 total. I'll do it for $9 total. Note that my version is actually the original print version, no longer in print.
https://www.amazon.com/gp/offer-listing/0297864564/ref=tmm_pap_new_olp_sr?ie=UTF8&amp;amp;condition=new&amp;amp;qid=1467415375&amp;amp;sr=8-2

PM me for payment/address details.

There's only one version of bridge. The "different versions" are different scoring systems and only matter in competitive/tournament play. For casual play use Rubber scoring. http://www.acbl.org/learn/scoreRubber.html

Play minibridge. It removes the bidding aspect of bridge so you can focus on the card play. http://www.acbl.org/documentLibrary/teachers/MiniBridge.pdf

Don't be intimidated by the bidding. Learning to bid game correctly takes some effort but not that much. The fancy bidding stuff is for when partnerships are interested in slam bidding. Most hands are played in a partscore or game contract. Hands that can play in slam are rare so being ignorant of the fancy slam bidding doesn't matter much. For learning bidding I recommend http://www.amazon.com/The-Club-Series-Introduction-Bidding/dp/0943855004/ref=sr_1_1?ie=UTF8&amp;amp;qid=1368195844&amp;amp;sr=8-1&amp;amp;keywords=club+series If you can find an older edition for less take it.

This is a great place to play online. http://www.bridgebase.com/

If you are in the US look for a local ACBL club to join/visit.

I would recommend: Watson's Classic Book on The Play of the Hand at Bridge

This book is great on the basic tactics. It is perfect for reading in small chunks (was great for my bus commutes). It may seem wordy, but the authors are careful to be extremely precise.

/u/Benjogias lists the most important tactics, and his comment is worth a few readings, as so many good ideas are put into one post.

I got a good deal of info out of Cribbage for Experts, by Dan Barlow. It was only $9.99 when I bought it though; not sure what’s up with Amazon right now.

History of bridge I don't know - probably. Play of bridge there are 100s. A classic starter crash-course book is "5 weeks to winning bridge" by Alfred Sheinwold. (Amazon link, but lots of options if you google.)

To quote from a book about another game that I happen to be reading:

&gt; The most complex board game of all is Go, which has a search space of... sit down for this... 10^170. If you wrote every legal board position in Go on the surface of a proton, and you packed the protons together as tightly as possible, you'd need at least one billion trillion trillion trillion universes the size of our own to hold them all. Suffice it to say that computers are still awful at Go, too.

Weasel Words (and his other books are also well worth a look), from the introduction.

&gt; Yet the crime is less in the evasion than in the platitudes that hollow out debate even as they talk about starting a 'conversation' with us. The first true crime of managerial politics is that we must push through so much flatulence and dross to reach the nub of it. Take Governor Nikki Haley of South Carolina the day a young white man killed seven black people worshipping in a church. She began by saying a 'conversation' was needed, that this was the South Carolinian way. She said 'conversation' three times in her first two sentences. The press then asked her if she would now do something about the Confederate flag flying at the state capitol. She replied: 'I think that . . . at a time like this, you have to look back at what we’ve done. Fifteen years ago the General Assembly at the time they had a conversation.' And she said conversation again and again until someone asked her to say what her position was. And she replied: 'You know, right now, to start having policy conversations with the people of South Carolina . . .' The 'conversation' has been going on since the Civil War. It takes in slavery, Jim Crow and the civil rights movement. But 'conversation' puts all that history to sleep: it puts the world to sleep and gives Governor Haley time to test the political waters.
&gt;
&gt; These suffocating words and phrases might serve communication within a business, but they thwart it in debate. That is the second crime of modern political language: it stifles thinking. For all the talk of diversity and flexibility, brainstorming and blue-skying, management language is designed to get everyone thinking the same way: or, more accurately, not thinking beyond the part each plays in the process. One cannot think in clichés, or in pure abstraction, or in messages: and to speak or write in these forms is to prevent others from thinking too. One can't think or convey thoughts without images. One can't think in the fog that management jargon deliberately creates. One can't know in it. Whatever else might be better for being process-driven, politics is not. Politics needs thought and language equally. Civil society does.
&gt;
&gt; But where will we find the politicians who know anything else? Leave aside the contaminated areas of their working life if they have had one, the universities they attended have rolled over to the managerial cult. The education departments are infected, and schools write reports that leave parents wondering if the outcomes in outcomes-based education are outcomes for their children or for the educators. Even kindergartens send home folios headed 'Early Years Learning and Development Framework Outcomes.'
&gt;
&gt; We cannot fail to notice the new technology, the new economy, the new ways of working. It's hard to miss the fact of the revolution we're living through. But we can easily miss the way the new language has crept into daily life. We scarcely recognise the change, and even less do we notice what we're losing. We adapt to the new all-purpose words and forget the many old ones they've replaced. With their passing, meaning fades; poetry and other keys to human possibility, including irony and critical self-reflection, are lost. 'The limits of my language are the limits of my world,' Wittgenstein said. In this sense at least, so-called globalisation and the global revolution in technology and communications have not made for an expanded world, but a diminished one. The knowledge economy is a realm of lost knowledge, of assured ignorance.
&gt;
&gt; We come to ignore what has no meaning. We bend our brains around the void, and stop wondering if such as this is an unwitting idiocy or something sinister: 'In the recent evaluation by the Australian Council for Educational Research, school and community members reported that Direct Instruction was having a positive impact on student outcomes, but the researchers were not yet able to say whether or not the initiative has had an impact on student learning.’
&gt;
&gt; Read it five times and you will not find a sensible meaning. Not even if you drill down, deep dive or unpack it. The problem is less one of logic than of language. In your mind’s eye try to attach that sentence to some familiar thing, the inside of a ticking clock, for instance. There is no movement: or flesh, or bone or blood. Like many of the entries in this book it is a little absurd: like all but a very few it is also lifeless, and that, as Graham Greene would have said, is the bigger failing and the chief cause of the absurdity.

2. 25 Bridge Conventions You Should Know

6. Bid Better Play Better: How to Think at the Bridge Table

7. Take All Your Chances at Bridge

10. Watson's Classic Book on The Play of the Hand at Bridge

11. Cribbage for Experts: And Future Experts

13. The Principle Of Restricted Talent And Other Bridge Stories (The Chthonic Bridge Chronicles)