We found 4 Reddit comments discussing the best czech travel guides. We ran sentiment analysis on each of these comments to determine how redditors feel about different products. We found 4 products and ranked them based on the amount of positive reactions they received. Here are the top 20.

TLDR: the best czech travel guide according to Reddit 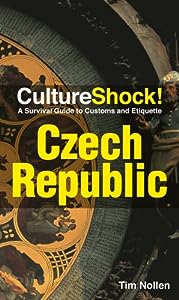 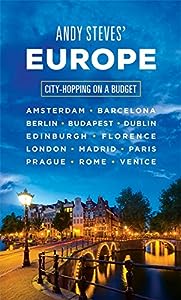 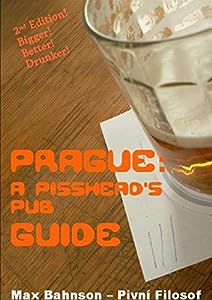 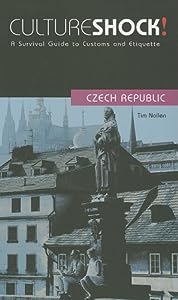 As far as books go, the Culture Shock and Culture Smart guides are pretty good. The book From Good King Wenceslas to the Good Soldier Svejk is a deeper dive especially into 20th-century Czech culture, but a lot of the references now are more historical (life under communism, etc.) than applicable to contemporary life.

Broadly speaking, Czechs are proud of their culture, but not in any ostentatious way (outside of cheering for sports teams, for example, they're not really into flag displays like Americans).

People are generally reserved until you get to know them, but then they can be very friendly and generous.

People tend to project a somewhat skeptical, "realistic" view of the world, so some Czechs can be dismissive of "grandiose" theoretical frameworks (feminism, the EU, etc); on the other hand, many Czechs enjoy traveling and appreciate different cultures. Education is highly valued.

Most people aren't religious, and those who are are usually low-key about it. The only time you're likely to hear references to Jesus in a typical day would be when a middle-aged lady exclaims "Ježíš Maria!" or "Pane bože" (which sound much milder in Czech than English).

Many Czechs like to complain, but they also have a great, kind of dark or absurd sense of humor.

A lot of Czechs love nature, gardening, going for hikes, swimming and so on.

I think the biggest mistakes I might see a fellow American making would be labeling the country "Eastern Europe" (it's "Central Europe"), only talking about how cheap the prices are, being too informal in certain situations (i.e. wearing shorts to the opera), bitching about the inevitable cultural differences, and speaking too loudly in public. But Czechs also generally have a live and let live attitude about things (although they might privately grumble), so don't be too self-conscious.

Rome2rio.com and seat61.com are good sites to help travel between cities.

Check out this book: https://www.amazon.com/Andy-Steves-Europe-City-Hopping-Budget/dp/1631212508?ie=UTF8&amp;amp;*Version*=1&amp;amp;*entries*=0
Also his dad's website has lots of good resources, including climate charts for the destinations you mention: ricksteves.com

If it’s beers you’re after (and not just ticking off pubs) then just go to Zly Casy, try a few beers and eat, then get the tram up the hill and go to Kulovy Blesk. If you’re not satiated by that lot you’ll need to walk up the hill (or get a tram one stop) to Prague Beer Museum. Right here in these three pubs you’ve got at least 30 distinct beers in many different varieties.

If it’s pubs you want to tick off then this book is very helpful, albeit a little out of date.

There is a book for that: Culture Shock! Czech Republic: A Survival Guide to Customs and Etiquette. I've never been to Prague, but generally speaking, one of the minor details that can throw you is that English is more commonly associated with the UK there. So look for the Union Jack for English options. The French prefer UK English and my tour guide in Paris had a British accent.