We found 1 Reddit mentions of HDMI to DisplayPort Cable Adapter 4K 30Hz,Male HDMI to DP Video Converter Cord with Audio,Active HDMI 1.4 in to Display Port 1.2 Connector out for XBOX One,360,NS,Mac Mini,PC to Monitor 1080P 60Hz,6FT. Here are the top ones. 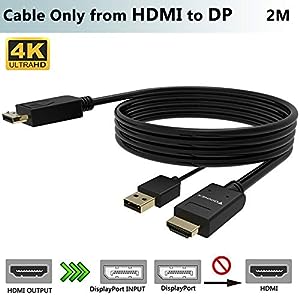 an HDMI switch would be a better option since its a 1:1 signal that just passes through the switch. If you absolutely have to use DisplayPort, then it depends on your resolution and refresh rate.

If you're just trying to run 1080p 60hz. A cheap active HDMI to Displayport cable will work.

There won't be much issue since you're on console, latency will be negligible. But obviously a 1:1 signal pass through is less latency than any conversion.