We found 1 Reddit comment discussing the best dental towels. We ran sentiment analysis on each of these comments to determine how redditors feel about different products. We found 1 product and ranked them based on the amount of positive reactions they received. Here are the top 20. 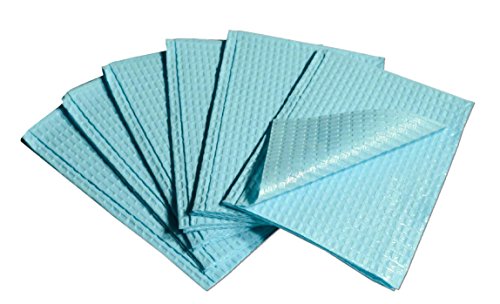 Hi Bumpers! I’ve loved reading everyone’s birth stories, especially as my due date drew near, and I finally have a chance to sit down and do my very own. I tried to include as much useful detail as possible, so here goes:


At my last prenatal appointment I was 1 cm/80% effaced. On Sunday 9/4, I was 3 days past my due date but felt the same as any other day over the previous couple weeks. I was convinced I would need to be induced later that week. I had not lost my mucus plug, had no bloody show, and hadn’t felt LO drop very deep into my pelvis, so, basically, no signs that labor was approaching. I treated myself to a prenatal massage to pass the time.


That evening around 9pm, I had what I thought was a Braxton Hicks contraction that was also slightly painful in my lower abdomen. It could easily have gone unnoticed. I’d been having Braxton Hicks extremely frequently for several months, so this felt very much like those (tightening/hardening across belly) except for the very mild pain. I mentioned it to DH and started timing my contractions, just in case.


I continued to have what I assumed were Braxton Hicks (given the none-loss of my mucus plug and absence of any other signs of labor) and timed them to be anywhere from 4 minutes to 8 minutes apart. DH thought it could be labor but I was skeptical since the contractions were extremely mild. DH made dinner and I baked an apple pie and we went about our evening while still timing the contractions.


The contractions continued through dinner, so around 10:30 PM DH and I debated calling the hospital. I was scared of going in and getting sent home, so since DH is a doctor I had him check my cervix. He had to think back to his med school and residency days, but he estimated that I was about 2.5 cm and fully effaced. That was enough to convince me to call the hospital and we were told to come get checked out. We packed the rest of our hospital bags, grabbed the car seat, and headed to the hospital (only 5 minutes away) around midnight.


When we checked into L&amp;D triage, I was all smiles and was apologetic that we were taking up these people’s time when I was probably just in early or prodromal labor. The contractions had continued but were still super mild (a 1/10 on the pain scale) and I was convinced they would stop as soon as the monitor was attached to me. My triage nurse said she could tell by my face and calmness that they’d be sending me home that night. At 1:15 AM she checked my cervix and said I was 1 cm, so we assumed DH was just a little out of practice and had been mistaken when he checked me and thought I was 2cm. The contractions did show up on the monitor, however, so they told us we could go home or we could walk the halls for 2 hours and get rechecked for any progress.


We opted to walk the halls. As we did, the contractions started to pick up a little in intensity in the sense that where a BH felt like tightening of the front of my abdomen, this felt like a three-dimensional tightening, like a sphere in my belly that was getting tighter. Each contraction would start with a tightening sensation, then start to be a throbbing pain, the pain would subside but the tightening would remain, and then the tightening would finally subside. When I stopped to rest, I could actually feel the contraction pulling my lady bits apart. By the end of the two hours, I did have to focus somewhat on my breathing during the contractions, though they still weren’t super painful (maybe a 2-3/10).


At 3:15 AM, the nurse checked me again and said I was still 1cm. I asked about effacement and she said 50%. That should have been a red flag that she was not the best cervix-checker, since I had been 80% at my last 3 OB visits. In hindsight, I think DH had been spot on when he checked me at home.


Because (according to the triage nurse) there was no progress, they sent me home and advised that the contractions would probably peter out and that when I started to sound like the woman in the next curtain (who was moaning like crazy and was someone I NEVER wanted to sound like), that’s when they’d keep me. They gave me a mild sedative and sent us on our way.


By the time we got to triage (around 7:30 AM), I was that moaning lady. The contractions were a 7/10 and I was vomiting. A triage nurse (different from the first one) came to check me and I told her I was terrified I would still be at 1 cm. She checked me, smiled, and said, “You’re not at 1 cm.” I burst out crying, I was so happy. She said I was 4-5 cm. I asked if I could have the epidural now and she immediately paged anesthesia.


We got moved to a delivery room and the epidural team arrived around 8:30 AM. They gave me a lidocaine shot first that was just a tiny pinch and then I didn’t feel any of the epidural administration, which apparently took them a few tries. They gave me an epidural plus a spinal because the spinal would act immediately. Within 5 minutes of the medicine flowing, my legs started feeling warm and heavy. About 10 minutes into the epidural, the monitor picked up a contraction that I couldn’t feel—I was in heaven! The only negative side effect I had was mild itchiness as the epidural wore off.


For the next couple hours, DH and I just hung out and waited for me to progress. My OB was on call that day, which was fantastic. At 10:50 AM they checked my cervix and I was 7 cm. My water broke during the exam and I kept feeling gushes with each contraction, which felt oddly soothing.


Around this time, I started feeling pressure in my butt, as if someone was biting my right butt cheek (that’s the best way I can describe the sensation—though the nurses looked at me like I was crazy when I told them that). The pressure was uncomfortable but bearable.


At 12:40 PM they put the “peanut” between my legs (big inflatable peanut-shaped ball) to widen my pelvis and help LO move down. This part was pretty uncomfortable since the pressure in my butt was getting more intense.


At 1:30 PM I was at 10 cm so we did a practice push. LO’s head was starting to come through so we immediately jumped to real pushes. At first it felt just like a poop, so I pushed exactly as if I was trying to poop and made great progress getting LO down the birth canal. After about 50 minutes of pushing, at 2:18 PM, my little girl was born.


She was absolutely perfect. Apgar was 9/9. We did skin-to-skin right away and tried breastfeeding. She latched and ate like a champ for about an hour.


I had a minor 1st degree tear that got stitched and my recovery has been great. I got by for the most part on Motrin and Tylenol, but also got a 5mg oxycodone when cramping got really bad during breastfeeding (PSA: breastfeeding causes painful uterine cramping; I did not know that going into this!). Aside from that, I’ve been feeling pretty good!


Things that were/weren’t useful at the hospital: