We found 4 Reddit comments discussing the best cello bows. We ran sentiment analysis on each of these comments to determine how redditors feel about different products. We found 4 products and ranked them based on the amount of positive reactions they received. Here are the top 20. 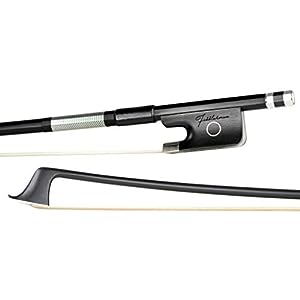 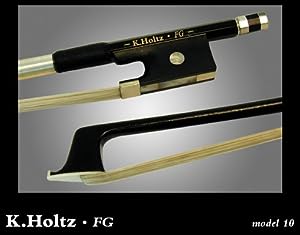 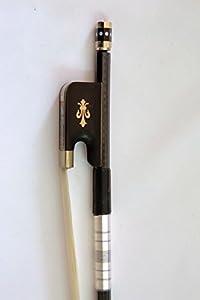 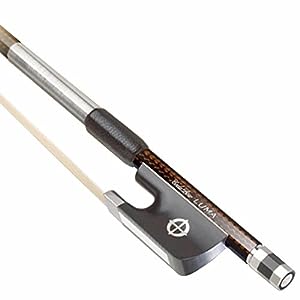 I have a few questions for you here if you don't mind. I'm a (very) beginner cellist and I'm playing one of these cheap-ass amazon cellos. I immediately replaced the tailpiece, the bow, the strings, and the rosin. I'd say the tailpiece and bow replacements really dramatically increased playability for me, though the base instrument is still obviously kind of shit.

What I want to know is, what kind of a difference would I see in being on an actual better Cello? Given the nature of the beast, it seems like i'm not running into the playability issues that you do on terrible guitars (bad frets, buzzing), and I'm not going to. I understand tone won't be the best, but I'm not certain I'm a good enough player for that to matter yet anyway. The whole friction peg situation is a pain, but the better tailpiece means I rarely have to re-tune at the head, I just get them stuck in the general area and i'm good for like a month.

Also, you mentioned putting better strings on, can you comment a little more on the difference between a $20 set, and say, this set of jargars? Edit: I guess you already did, What I mean is, can you describe the specific way cheap strings sound bad that better ones don't? I want to see if that's a part of my experience.

Also also, the rosin i'm using is still pretty damn cheap, and I feel like i'm leaving alot of rosin on the strings (a white cake buildup), but it takes really alot of rosin for the bow to feel sticky. Is better rosin better in that way? Do you have a recommendation on brand? How do you de-rosin a bow to get the chance to switch brands?

I definitely recommend you go to a shop and play many bows in your price range. In this situation though, I'd recommend the K. Holtz Fiberglass.
It's the best cheap bow I've ever tried, and I keep one as a backup.

/u/nycellist /u/agonnaz /u/Sejoon700
for someone with a weaker right arm, would a heavier bow or lighter bow be better?

a lighter bow is easier to move across the strings etc, but i figure that a heavier bow would need less pressure to make sound.

I'm also highly considering this bow: https://www.amazon.com/dp/B00XQ21SJG/
Know anything about that?