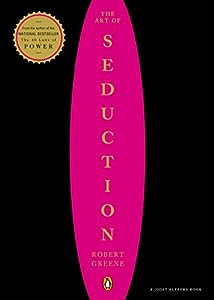 Buying options
View on Amazon.com
or
Find on eBay
Every bit as essential as The 48 Laws of Power, The Art of Seduction is an indispensable primer of persuasion that reveals one of history's greatest weapons and the ultimate form of power.
Specs:
Related categories:
Dating Self-Help Healthy Relationships Books